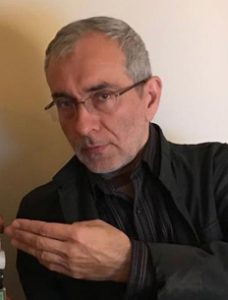 I am KPMG Professor of Governance at the University of Bucharest, a Senior Research Fellow in the F. A. Hayek Program for Advanced Study in Philosophy, Politics and Economics at Mercatus Center at George Mason University where I teach in the graduate program of the Economics Department, and an Affiliated Researcher with the Ed Snider Center at the Robert H. Smith School of Business at the University of Maryland, College Park.

My work is interdisciplinary and falls more or less into three classes, united by an underlying interest in institutional diversity, alternative economic and governance systems, and the theory of social thinking about the future, the possible and the feasible, with a view to the practical and normative implications:

Contributions to the school of public choice and institutional theory developed by the Economics Nobel Prize winner Elinor Ostrom and her collaborator, Vincent Ostrom: Theories of governance, polycentric systems, the “neither markets nor states” domain, resilience and adaptability in governance and social-ecological systems, institutional design and feasibility. My books in this area:

Various analytical, normative and historical explorations at the interface between business, society and government; with a special interest in the history and evolution of ideas about capitalism, socialism and alternative economic and governance systems. My books in this area:

Scenarios, predictions, strategies and the theory and intellectual history of thinking about the future. Published volumes in this area:

Outside of academia, my experience includes being a consultant implementing, developing and coordinating projects for organizations such as the US Agency for International Development (USAID), the World Bank, the United Nations Development Program (UNDP) and for companies such as Booz Allen Hamilton.

My association with the Hudson Institute started as a Herman Kahn Fellow at the Indianapolis Headquarters (2002-2003) and continued as an Adjunct Fellow, in Washington DC, between 2004 and 2012.

In addition to my academic work, I have also written occasional pieces for Wall Street Journal Europe, Reason, Transitions, American Outlook, and for a while, I contributed to the book review section of Indianapolis Star.  However, my main work in this respect has been in Romanian. I have been a member of the editorial team of the nationally preeminent weekly publication Revista 22 and a constant and sometimes controversial contributor to the national public debate. I have also published a number of books in Romanian and translated several others, and I wrote extensively to promote and popularize Western social sciences in academia and public policy, as part of the post-communist transition.

In the 1990s and until mid-2000s I was associated with the Romanian pro-Western, pro-democracy liberal movement as a founder and coordinator of several national-level political and civil society organizational initiatives and by being a couple of times an adviser to reformist political parties and cabinet members. Since 2008 I have been a US resident.